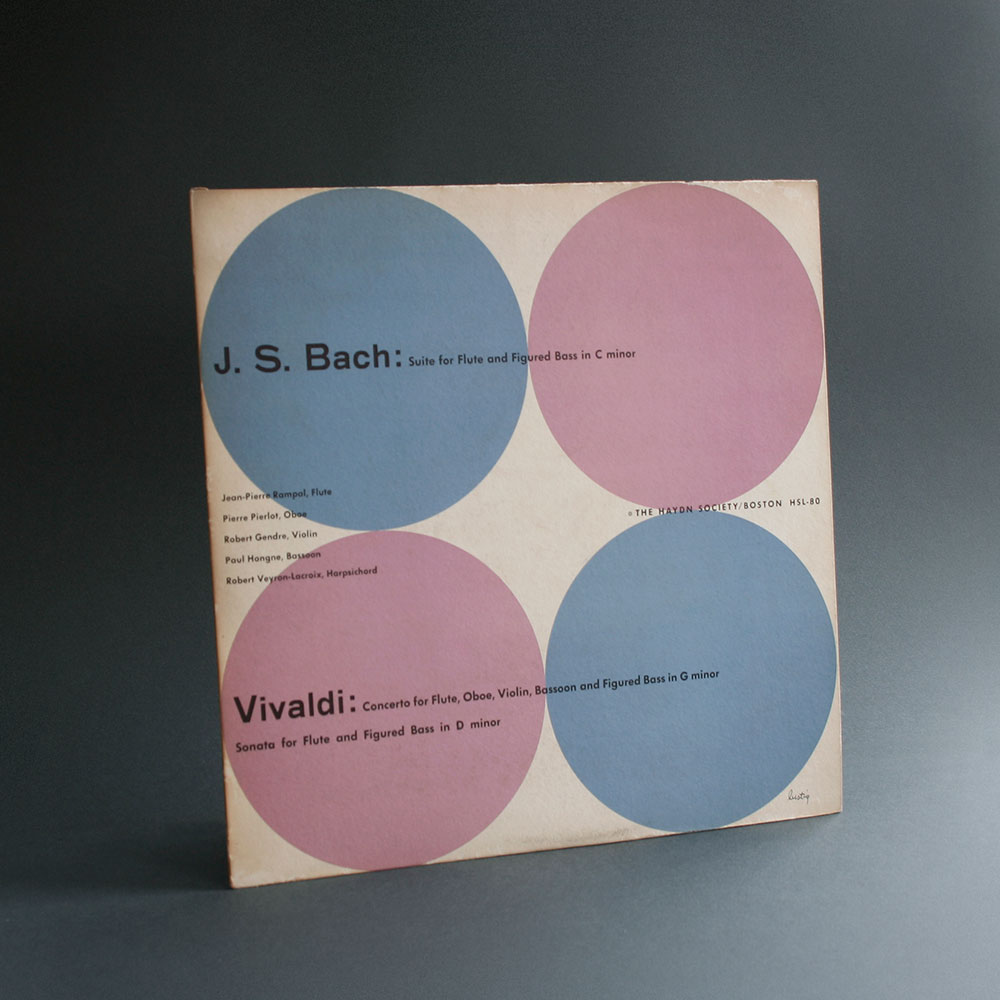 Here’s another Haydn Society record from my all time favorite, Alvin Lustig. This cover is very simple yet very different from the others. The circles make it look very modern and minimal while at the same time it helps reiterate the two composers distinction by changing its color. 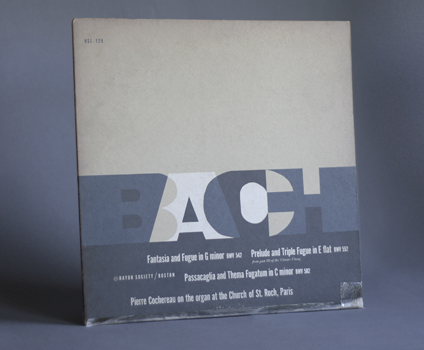 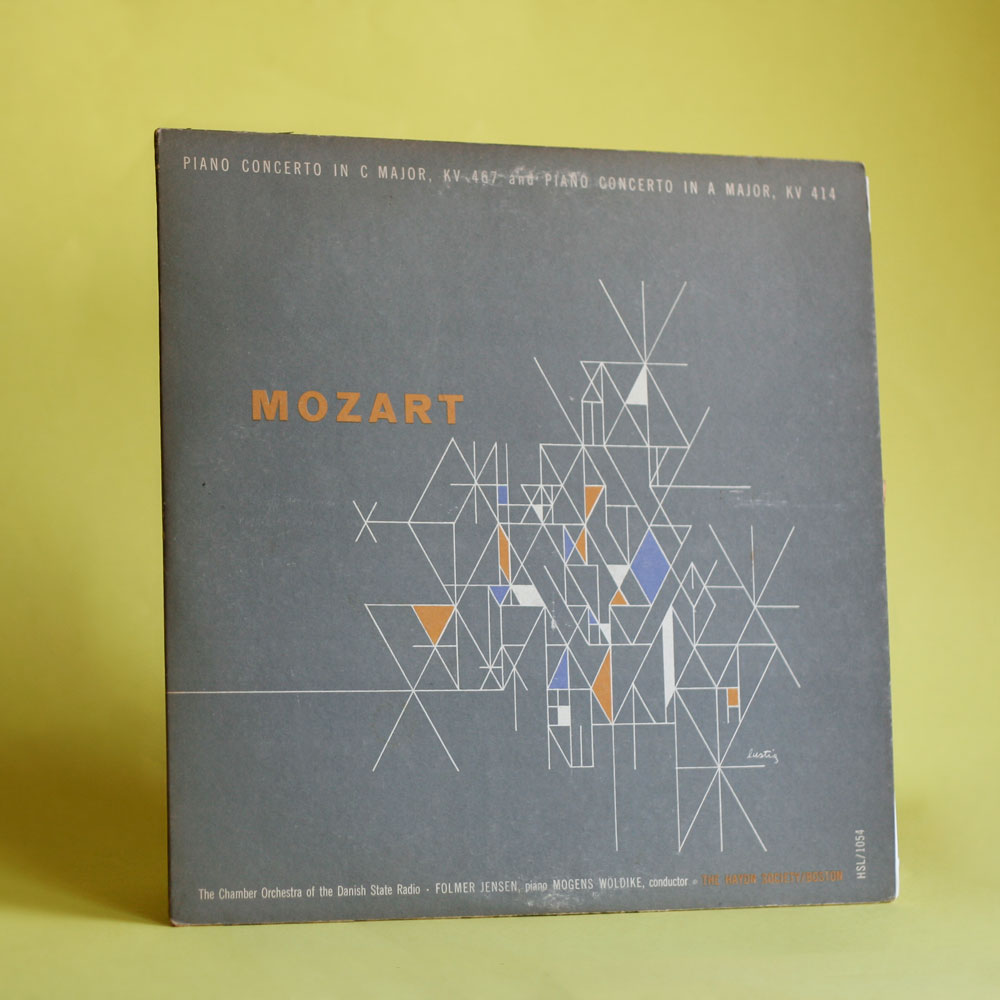 So following up the Vivaldi cover, here’s to honor one of my all time favorite designer Alvin Lustig. I just love the grid, composition and colors used for this. It all seems to be a very good modern representation of classical music.

This is an awesome album cover of the Italian eighteenth-century composer Antonio Vivaldi that I was able to find from the amazing American Modern Design Pioneer, Alvin Lustig. It’s a bit dusty with a couple stains but considering its age its understandable. I was immediately drawn to it for its shapes, then I saw the printed signature and immediately payed for it at an old stack of records from an antique store.

I love the rhythm and the relationship between the backgroung and typography arrangements. The color is amazing. Not sure if this was originally printed on a white paper but the aged tone gives it a nice touch.